Fieldtrip to the Battleship USS Alabama

This month's Co-op fieldtrip was an adventure to Mobile to see the USS Alabama battleship and the USS Drum submarine. Since Hubby is a US Navy sailor, our family knows a thing or two about ships, but they were all young (or not born) the last time we toured a naval ship.

The USS Alabama is a decommissioned WWII battleship that was purchased with donations collected by Alabama school children in 1964 after they learned that the ship was to be scrapped. On January 9, 1965, the USS Alabama was opened to the public, and was later joined by the USS Drum on July 4, 1969.

The kids had a wonderful time. Some of the younger children were a bit hesitant to go down the first few ladder wells, but by the end of the tour, most of them were handling them like pros. My younger two, on the other hand, did not care for the ladder well at all, so I had to carry Jensen down all of the ladder wells, while Jolie walked down directly behind me so I could catch her if she fell.

It was fun to see how sailors lived during WWII. Many things were different about their "ship life," but there were many more that were very similar to way sailors live on ships today.

Here are a few photos from our adventure. Enjoy! 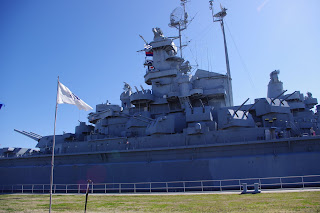 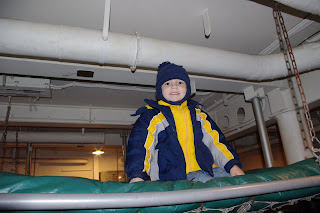 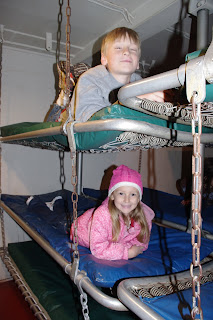 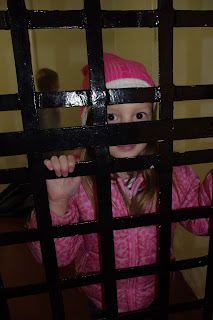 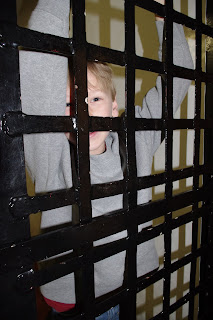 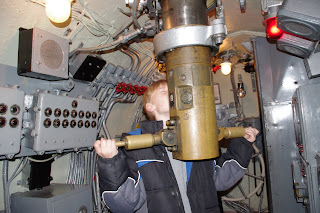 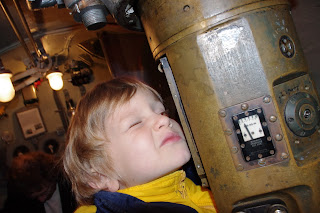 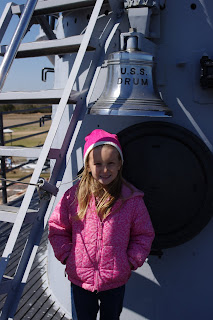